The Impact of Genomic Variation on Function (IGVF) Consortium was established in 2021 and developed through NHGRI’s planning process as part of its strategic vision. Several funding announcements were issued in 2020. Areas of focus include establishing the means to determine the functional impact of genomic variations on human health and disease, and understanding the roles of genes and regulatory elements within pathways and networks. The IGVF Consortium has developed a diverse workforce and embraced team-oriented genomic science.

Components of the IGVF Consortium include the following award-types: Predictive Modeling, Characterization, Networking, Mapping, and Data and Administration Coordination. Each of these components work together to achieve the Consortium’s overarching goals. The Predictive Modeling groups will predict the functional impact of variants, the Characterization groups will test the functional impact of variants, the Networking groups will create networks of functionally interacting variants, and the Mapping groups will create functional activity maps. The Data and Administrative Coordinating Centers will organize and operationalize the day-to-day workings of the IGVF Consortium. A complete list of Requests for Applications and Funded Awards can be found here on the NHGRI website. 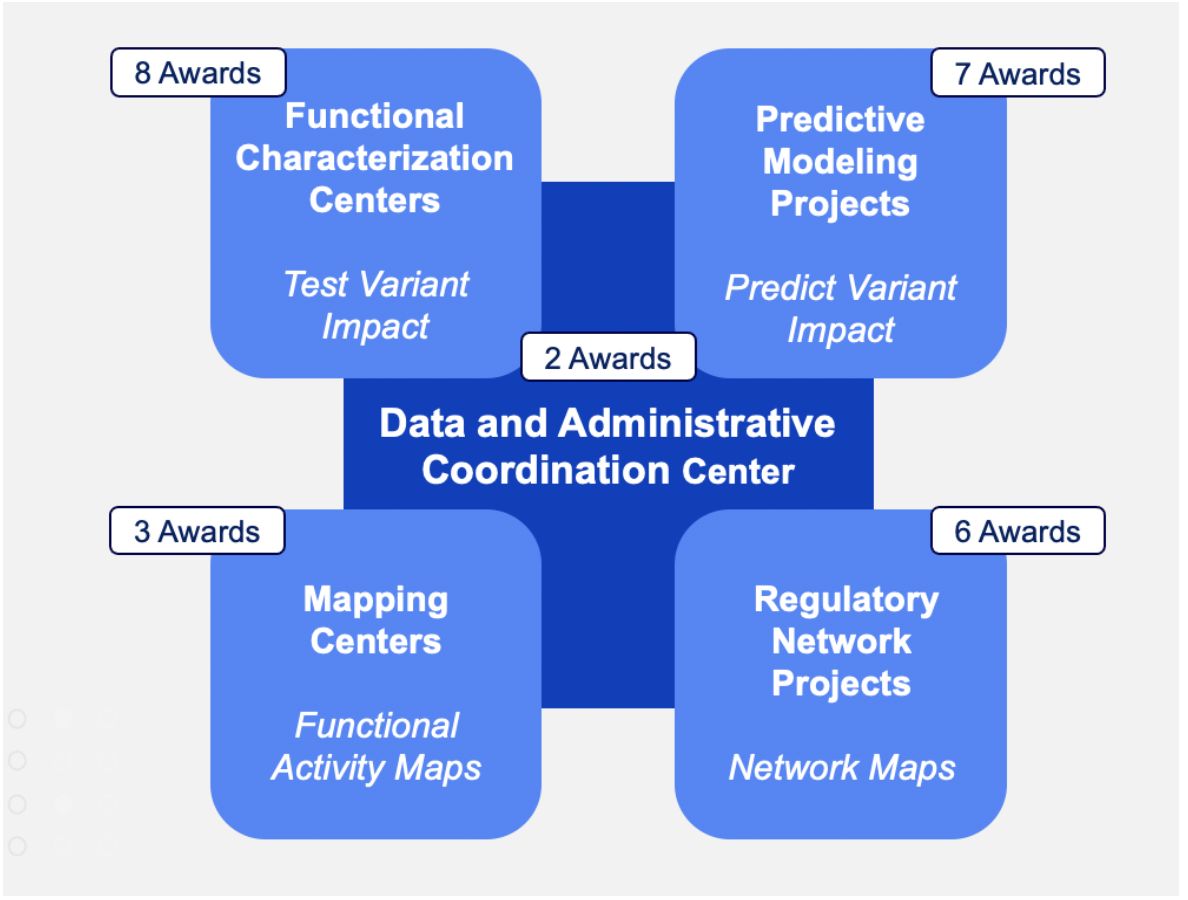 The IGVF Consortium is governed by a Steering Committee whose members include NHGRI Program Officials, and Principal Investigators. Scientific efforts are undertaken by working groups focused on award-specific topics (Predictive Modeling, Characterization, Networking, and Mapping) and cross-Consortium topics including IGVF Catalog Design, Project Design, and Standards and Pipelines.

Affiliate membership opportunities are available for investigators who wish to join the IGVF Consortium. More information about this process can be found here.

IGVF Consortium teams are located throughout the World, as shown below: